navigate_before Back to Puzzles Solution for 1.09

A quick glance at the two seemingly similar images will reveal that there are in fact differences between them (the most glaring difference being the window pane). The first step is thus an exercise in spotting the differences. For the initiated, you will recognise that the changes in the second image correspond to pigpen cipher symbols (thematically clued by the presence of the pigpen).

Here’s an image with the differences circled: 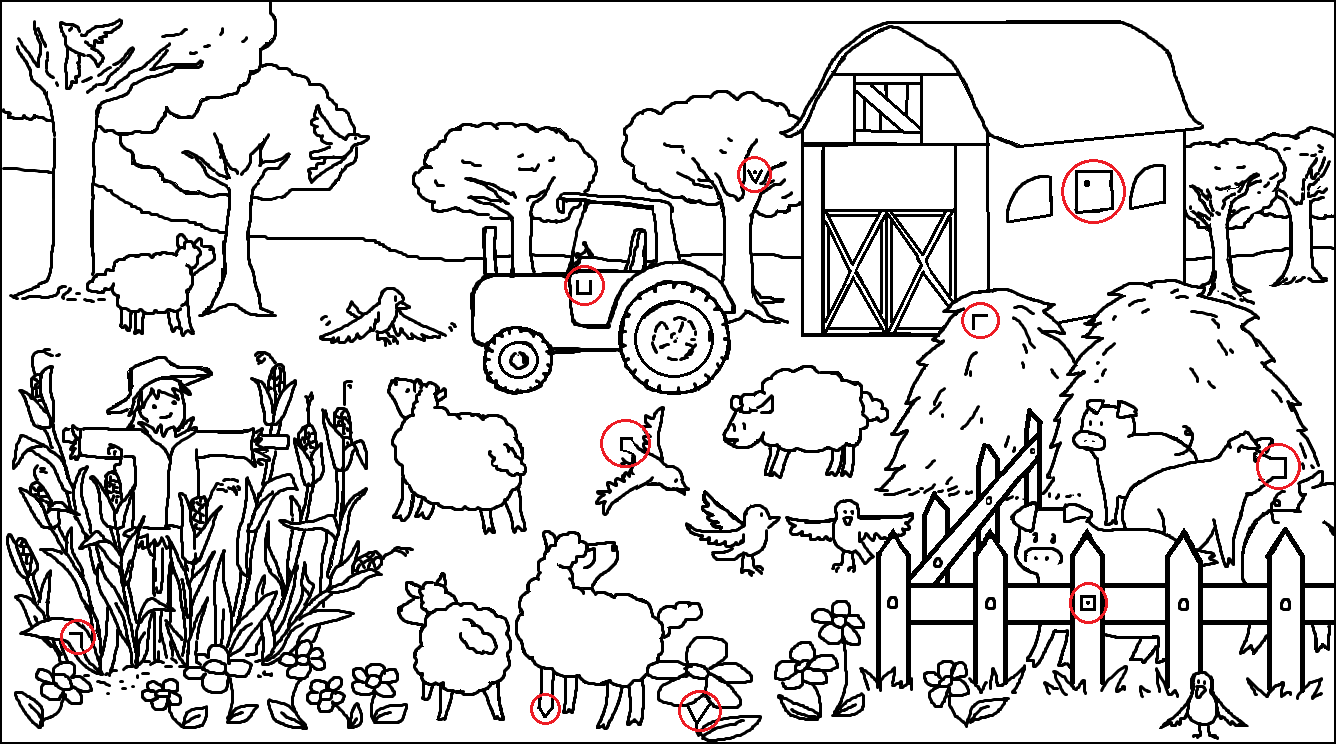 A minor observation (which may not be critical if you anagrammed the cluephrase) is that these differences occur on different items (window panes, tractors, pigs, birds etc.), and there is a different number (1-10) of each of these items. This provides a natural ordering to the pigpen cipher symbols:

The ordered pigpen cipher symbols spell out: BIRDS(’) WINGS. Taking a closer look at the birds’ wings, you will realise that their resting positions correspond to semaphore positions. Reading the semaphore letters from top to bottom, left to right, gives the answer: EINKORN, which can be confirmed by its presence in the picture.

Many of the classic newspaper puzzles commonly feature in puzzle hunts, with the exception of “Spot the Difference”. I first had this idea of doing a spot the difference puzzle a year or two ago. Given the graphical nature of its symbols, the pigpen cipher quickly suggests itself as the mechanism for translating these differences into letters. The idea of cluing this with an actual pigpen follows naturally. However, I had shelved this idea as I thought it impossible to implement with my drawing skills. When I realised Janice could help with said implementation, I revisited the idea and this puzzle was born.